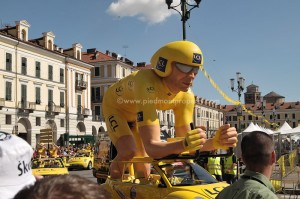 When the procession finished many of the riders signed autographs for the fans which I thought was a nice gesture with many posing for photographs. Respect to them all. END_OF_DOCUMENT_TOKEN_TO_BE_REPLACED

We meet many interesting people from all over the world in our line of work and one of the most frequent questions asked is “Which is your favorite part of Piemonte”? This is almost impossible to answer as Piemonte really has so much to offer, be it vineyards, mountains, beautiful towns and villages etc. That said I have to admit to being truly in love with The Langhe region of Piemonte.

The Langhe or Langa as the Italians call it, is found in the wine growing area of Piemonte and is located south of its capital Alba. The area has a strong agricultural background  which is clearly evident as you drive about. You’ll see the local people working the land, be it hazelnuts, vineyards, fruit and vegetables, in fact they thrive on being as self sufficient as possible. You’ll also realize after a while that people here seem to live longer and this I put down to their hard working life style and healthy diet, including wine of course! END_OF_DOCUMENT_TOKEN_TO_BE_REPLACED