The Giro d’Italia 2013 came to Piemonte on 17th May and proved to be an  entertaining day out.

The Giro was passing through some of the most picturesque towns in the Langhe such as Alba, Treiso, Rodello, Barolo and finally Cherasco. I have to admit, as a cyclist myself, I felt sorry for the riders as the weather conditions were particularly bad especially at the start of the day where in fact several riders were wearing full leggings. Luckily by the time they reached the Lange the sun had come out.

The day had started out with the disappointing news that Bradley Wiggins had pulled out due to a chest infection but at least Mark Cavendish was still there, and what a ride he had!

We went down to our local village Ricca and had some lunch and then waited for the riders to pass by. I thought the build up before the riders came through was not up to it’s usual high  standards, this may be a sign of the times and in fact I know some of the team sponsors are pulling out for next year.

Anyhow the breakaway pack came through followed by the Peloton which included Mark Cavendish, he certainly had a lot of work to do a that point, which he eventually accomplished to win the stage. Well done Mark, I’m proud to be British.

I have to admit that all in all it was a tremendous day out and I look forward to doing it again next year. I’ve put up a few pictures that I literally managed to snatch as the riders raced by. 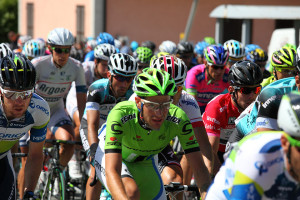 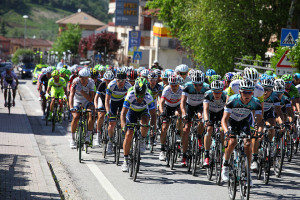 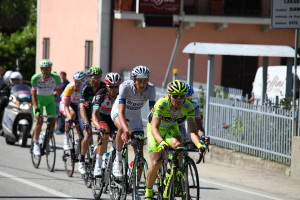 I’ve lived in the Piemonte region of Italy for many years now and it’s become very clear from my point of view, that it’s far easier to live a healthier lifestyle here.

One of the major advantages is the good weather of course, this means as a keen cyclist I can get out more which in turn gives me a great feel good factor.

I’ve noticed that in almost all of the villages here, you find great outdoor sport facilities, all with floodlights so you can play long into the night if you so desire. In fact during summer you see many Italians playing football way past midnight. It’s no wonder Italy is so good at the sport.

Most villages have outdoor swimming pools which serve as great entertainment for the kids during the summer break. All these pools have somewhere to eat so you can spend the whole day there and get fit at the same time.

END_OF_DOCUMENT_TOKEN_TO_BE_REPLACED 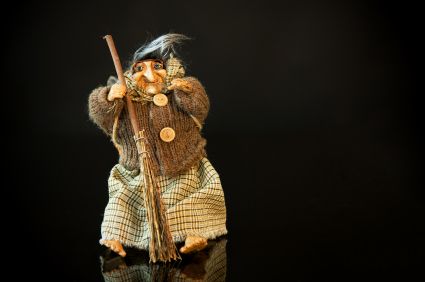 With summer fast approaching, Italy prepares itself for the various outdoor music festivals which are such a highlight of the year.

In Alba we kick off with the Alba Jazz festival that takes place between 7/10 June. The concerts will be held in some of Alba’s most beautiful Piazze (squares). Artists include, Luca Mannutza,Lorenzo Tucci,Paolo Fresu and Hamish Stuart.

My favorite is the Monforte Jazz festival held in July in the historic centre of Monforte d’Alba near Barolo. The concerts are held over a period of a week or so in a small  amphitheater. We usually start off we diner in the main Piazza and head off toward the concert. It’s such a great atmosphere that words can’t really describe.

At the moment we are still waiting for the line up of the Monforte festival, I’m really looking forward to it. I’ll keep you posted.

My family and I have enjoyed yet another wonderful Christmas here in the Langhe region of Piemonte. Alba itself looked truly beautiful with all the decorations particularly Piazza Savona which as you can imagine was bubbling with local life and looked so glamorous with it’s decorations.

People often ask me how an Italian Christmas differs to that of the UK. Well I suppose in my opinion it’s not so commercialized with more aspect placed on the religious considerations. Don’t get me wrong, there’s still the big push on parents to buy presents for the kids etc, it’s just a little more low key.

One major difference is that the Christmas period extends a little, with La Befana. She is a witch who travels on a magic broom and on the night of January 5th delivers sweets to children who have been good and coal to those who have not. Children leave out their stockings hoping for them to be filled with goodies.

For an Englishmen like myself I find it a little strange that all the old Xmas songs are played again during this period, however its still a fun time to enjoy.

Happy  New Year to you all 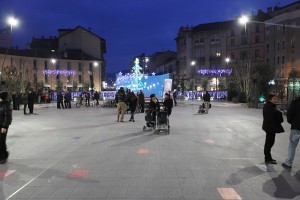